Posted on October 26, 2018 by thesmalltownblogger

Action movies are not everyone’s cup of tea. Some call it violent and some call it art. No matter which side you are on, you know it’s not easy to fight those bad guys, run around the city lanes to save yourself, parkour around or coming up with the amazing punch line to scare the bad guys. Indian cinema has a crazy amount of action movies that are under rated. Especially, when it comes to south Indian action movies, the masses simply love it for the entertainment value they provide.

If you are a person who loves action movies then this is your guide to five must watch action movies of Telugu Cinema that you should watch at any cost.

If you are a fan of Jr NTR’s action movies, then this one is a must watch. The movies is a different take on a similar story. Aravinda Sametha is about two rivals in a village who politically want to win and rule over the village.But things turn around and backfire. This is a perfect example of a good value aka Paisa Vasool movie. Jr NTR really worked to build a muscular physique for this movie and shines in the action sequences, especially one sequence tht is set on a field. 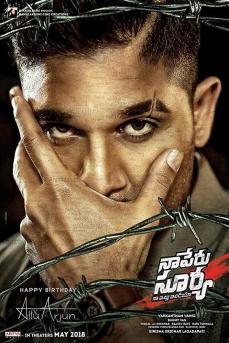 Naa Peru Surya Naa Illu India is an intense film that is different from other Allu Arjun movies. It’s about an angry soldier who makes an unapologetic mistake. The film is a perfect combination of nationalism, family issues and a touch of romance. Romance which you can now find on Zee5. It features one of Allu Arjun’s best performances in recent times with his scenes with Arjun Sarja being a spectacular highlight.

I got a little selfish here and added Jagapathi babu’s movie (“I am a fan”). His acting skills are intense and quite promising. The movie otherwise wasn’t a big hit in the theatres. But this murder mystery movie surely deserves more attention for attempting something different in Telugu Cinema. The clash between Nara Rohit and Jaggu Bhai was a treat to watch.

This movie is a perfect example of how a smart director can work around masala genre cliches to make a great entertainer. Supreme is extremely fast and doesn’t leave you idle even for a second. Sai Dharam Teja’s brilliant acting skill is delightful and impressive. Apart from the action sequences, the comedy scenes in the movie too stand out for their great entertainment value.

The biggest movie of Indian Cinematic History. PERIOD!!! The fight sequences are a visual treat for our sore eyes and something that an Indian audience never saw before. The set pieces, the weapons, the villains, everything speaks volumes about the production values that are of the highest quality. The war sequences are the best of its kind. Extravagant and an upscale movie today!
So are there any movie that you would have included in this list. Let me know in the comments section below.

Check out Zee5 for movies you have never watched before!

1 Response to Five Telugu Action Movies You Must Watch